Jason was in deep trouble and he knew it, he was on the verge of flunking Economics 1!  Jesus Christ, why did he even take this stupid course, it had absolutely nothing to do with his major, and if he didn’t get at least a passing grade, he wouldn’t graduate this spring with his class, and what’s worse, he’d have to stay for the summer session and take it over again and he had plans to tour Europe with a couple of his buddies as kind of a last fling.  While Professor Watters was known for his toughness,  Jason figured he didn’t have anything to lose by doing a little begging for his academic life, so he scheduled an appointment with the professor for the following day.  Right from the start he could see that coming here had been a big mistake, as Professor Watters was totally unsympathetic to his situation.  “Study harder, Mr. Polk, that is the only advice I can give you,” Profesor Watters intoned cryptically, “I’ve never given a grade that a student didn’t deserve, and I most certainly won’t start now!!!”  “Good day, Mr. Polk,” he said acidly, “I have a lot of work to do!”

Jason dragged himself out of his chair and trudged down the hall, trying in vain to think of a way out of his mess.  While walking, a slightly round figure approached him in the hallway, it was Jaime Kurtz, Professor Watters graduate assistant.  While always wearing thick glasses, Jaime was the ultimate bookworm, and at only about five foot two inches tall, her short frame was forced to carry in excess of 185 pounds, so she looked much like a walking bowling ball!  Before they passed each other, Jason had a quick brainstorm, and in desperation played his last card, “Jaime, how ya doin” he asked easily, “nice lecture you gave today, I can see why the Professor has put so much faith in you!”  Jaime stopped as she neared Jason, and asked eagerly, “Did you really like it, I put a lot of work into that lecture, I hope the students appreciated it!”  “Oh, I know I did,” Jason replied, “it was very good, but there’s just one thing,” and he let his voice trail off.  “What’s that” she asked quickly, “if there was something wrong, I could correct it before the next class.”  “Oh, no,” he answered smoothly, “it’s just that, well, I just don’t seem to understand the material like I should, do you think that you could maybe give me a little extra help, I mean, I’d pay you for your time!!!”  “Oh you don’t have to pay me anything,” she replied excitedly, “that’s what were here for, to help the students!”  “Good,” he said, “then it’s settled, let’s get together tonight at your place to go over the parts I’m having trouble with, okay!?!”  The meeting was quickly arranged, and Jason was set to meet Jaime Kurtz that evening in her apartment at eight pm.

“Nice place,” Jason commented, while sitting down in the living room of Jaime Kurtz.  It was apparent from the look on her face, that Jaime was more than a little happy that she had such a handsome young man visiting her, and since she was sort of a “plain jane”, she didn’t have much of a social life with the opposite sex, and even if this wasn’t a formal date, she did have Jason Polk in her apartment all to herself!  “Now, Jason,” she began, “what seems to be the problem?”  “Well, Miss Kurtz,” he replied, “it’s just everything, I just don’t seem to get it!!!”  “Please, call me Jaime,” she offered, “let’s find out exactly where you need the most work.”  “Okay, Jaime,” he said, while opening up his Econ 1 text book, “why don’t you come over here and we can go over some of this stuff!”  Jaime slid onto the couch next to him, and waited until Jason stopped at the chapter on globalization of free trade.  Jaime was obviously in her element, because for the next five minutes she talked practically non stop about the interaction of governments and business on a world wide scale, while Jason, of course was paying absolutely no attention to any of her gobble-d-gook,  and instead during one of her more boring moments, let his arm casually drape around the instructor’s shoulder.  She didn’t seem to even notice, but Jason figured it was now or never, so he turned to face her, and shut her up with a hard full kiss on the lip, and   while she was momentarily stunned, she quickly warmed to the occasion and returned the kiss with her full passion!  He pulled away, looked her in the eyes, and lied, “I’ve been thinking about doing that since your first lecture at the beginning of the semester!”  “Really,” she asked, “you should have said something a long time ago,” as she then kissed him again, but this time even more passionately!  As they kissed, Jason let his hand roam all over Jaime’s breasts, kneading and cupping the big fat udders, making her moan as he tugged on her now distended nipples.  “Let’s get out of these clothes,” Jason ordered, and without waiting for an answer, stood up and shed all of his clothing, leaving him standing in front of her totally naked, and with a semi hard erection just inches from her face!  He leaned forward just a few inches, allowing the head of his penis rushed against her moist lips.  She let her tongue trace a line all over his knob, and it jumped every time her tongue flicked over it, until finally, she opened her mouth and let it slip into her warmth, caressing it like it were a rare piece of china.  Her vagina flooded with moisture with the big cock in her mouth, it had been so long since she had done this, and never with a cock as magnificent this!!!  Although she was anxious to feel it inside of her pussy,  she couldn’t help herself,  and soon she had induced a cum flooding orgasm  that filled her mouth with the warm sticky goo savoring it and swirling it in her mouth until finally swallowing it all down,  leaving a warm satisfied feeling in her ample belly!

Jason was surprised at the skill that Jaime had shown at sucking cock, he had figured her for a real neophyte,  not a expert on oral love making, and although she had a tubby little body, and wasn’t the most attractive girl in the world, he had to admit that that was one of the best blow jobs he had ever had!  As she scrambled to get off her clothing,  her massive breasts swayed back and forth while her areolas tipped with fat nubs, stood out like mini erections hanging over her soft round belly!   Jason for the life of him couldn’t figure it out, but he was getting another erection just looking her, and he realized that he probably wanted her as much as she wanted him!!!  “How do you want it,” he whispered to her, while he twisted her big nipples between his thumb and forefinger?   “From the rear,” she answered fiercely, “I want to feel like I’m really being taken against my will!!!”  Jason’s pecker jumped, at the thought of ramming her from the back, and he lined up his cock as she settled on the sofa with her big ass in the air, and her legs wide apart exposing her bulging vagina.  Jaime’s fur ran all the way to her ass hole and her slit contrasted a bright pink surrounded by the dark brown bush.  Jason let the head of his cock just slip inside of her cunt, and when he was ready, he lunged forward, burying his pecker all the way into her tight vagina, inducing a blinding orgasm on the first plunge, her cunt totally unprepared for the vicious assault the hard thick penis was perpetrating on it!  In the next two or three minutes, Jaime had at least three stunning climaxes, with perhaps two or three smaller, if no less satisfying cums!  On Jaime’s last orgasm, Jason roared out loud as his own climax tore through his loins and exited his penis into her steaming cunt, causing them to collapse together in a heap of sweat, fat, and cum on the over stuffed sofa!!!

Jason idly played with Jaime’s nipples and said, “I hope that you can help me with my Econ, ‘cuz you’re my last hope!”  With a knowing look she answered, “I don’t think you’ll have any trouble, but it’s going to take a lot more private sessions to make sure you know the material!”  “Do you think you’ll have time for me,” he said half mockingly?!?  She smirked a little, leaned over and kissed his pecker, and replied, “I’ll make time!!!”

This site uses Akismet to reduce spam. Learn how your comment data is processed.

Helping couples reignite the passion via a healthy exchanges of conversation, affection, and a reawakening of their playful spirit. 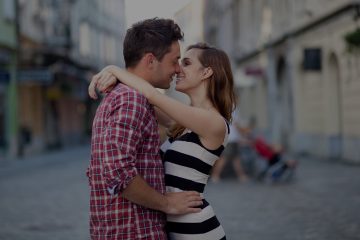 Living life with three children had taken its toll on Mitch and Meg’s once extremely passionate and loving relationship to the point they were now not much more than ships in the night, while passing Read more…