Worshiped For A Night

Nicole had been what she thought was happily married for 4 years now. She met her husband Chris 5 years ago in a blind date and they hit it off from the start. They successfully blended their families with ease. Both their sons got along magnificently. In fact Nicole couldn’t have dreamed a better life. That was until her husband told her that he wasn’t happy and he didn’t love her. Instantly Nicole’s life seemed to fall apart around her. Looking back she wondered if the lack of being told she was sexy or beautiful was a clue. She always just assumed life was just moving and he must have meant it.

She spent the next 6 months just trying to get through the days. Work, bills, single mom, and helping her young son grieve the loss of his brother and step father. Nicole became desperate to feel alive and sexy again. Even if just for the moment.

Friday night came and Nicole try to get dressed up. But eventually settled on jeans that accented her curves and a soft pink blouse. A little Chanel #5 and out the door she went. She was scared to death to venture out on her own. Especially knowing a hook up was what was really on her mind. But as the music played and the drinks flowed she felt her inhibitions fall.

Jack had seen her from across the room dancing alone. He couldn’t believe a woman like that would be alone. But he had to try. He made his way toward Nicole to dance with her. He placed his hand on her hip and she moved in a little closer. As the music continued they moved closer and closer. Nicole felt her pulse quicken and a sensation she had not felt in some time. Jack pulled Nicole off the floor and quickly pinned her against the back wall. Her arms clasped in his and held above her head she felt vulnerable and exposed. Jack said nothing but stared at her with a fiery gaze that spoke straight to her pussy. She felt her pussy tighten as she smelled his cologne and felt his eyes scan her body. “God you are sexy” he whispered in her ear just as he bit her earlobe. Jack quickly moved on tho her neck and mouth. He kissed her with such passion. Nicole felt herself melt into his kiss. She had not been kissed like that in years. As their kiss deepened she felt his erection pressing into her hip. She reached down and undid his jeans to grab his throbbing cock. Jack inhaled sharply through his teeth and said “follow me”. In to a back room he led Nicole. He again grabbed her in his arms and kissed her neck as he began to remover her blouse. Briefly Nicole thought she didn’t even know his name but quickly pushed that aside. She wanted this. She needed this. She needed to feel sexy and worshiped.

Jack laid Nicole across the couch and removed her jeans and his shirt. He stared down at her with a primal desire. She could see the tip of his cock pressing out of his underwear. Her pussy was throbbing, she felt she might cum right then. Nicole suddenly became self conscious. After all she was no longer 25. She started to cover up her body when jack grabbed her hands. He simply said “don’t”. She looked shyly up at him. “You are beautiful” she started to argue but he said “can’t you tell” as he held his massive cock for her to see. Jack preceded to gently caress her entire body and kiss every inch of it. By the time he slid his cock into her pussy she was read to explode. And explode she did. She came all over his shaft almost immediately. Jack spent the rest of the night worshiping her body over and over. By morning Nicole ached in places she didn’t know she could ache. For the first time in many years she felt like a woman. Not a mom or a wife. But a woman who was desirable and sexy. For that she would be eternally thankful. She quietly gathered her belongings to return to her life. Jack stirred but didn’t awaken. She kissed his forehead whispered thank you and returned to her life taking the memory of being worshiped for an entire wonderful night.

This site uses Akismet to reduce spam. Learn how your comment data is processed.

Helping couples reignite the passion via a healthy exchanges of conversation, affection, and a reawakening of their playful spirit. 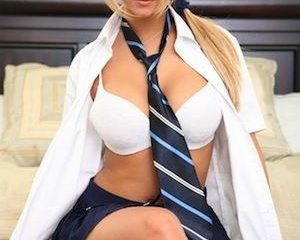 Ever since Amber could remember her tits were always bigger than anyone else in her class, and even in 8th grade she was a solid C-cup, while now as a eighteen year old senior she Read more…